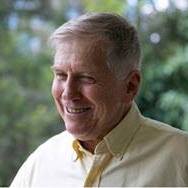 In the Federal Election 2016 the electorate of Robertson, much-abused by both major parties and lying within the newly-merged Central Coast LGA, has a new independent candidate for the House of Representatives.
He is Dr Van Davy We quote verbatim his position statement:

In my dreamie sleep I was asked by a distressed young woman, “But how can it all be fixed?” and I answered with slumbering confidence :
WE, THE PEOPLE …
… suffering as we have from:
(i) Budget failures: year after year, substantially caused by massive tax evasion by too many of the mega-rich, and the use of offshore tax havens by Big Business and Multinational corporations
(ii) Attacks on our Social Wage & Family Wage: caused by a lack of tax revenue from Big Business & Multinational corporations.
(iii) Small business stagnation: caused by less cash-in-hand from lesser Social Wage and Family Wage, especially from pensioners, workers & families
(iv) Corruption: in Government policies and practices caused by political parties [a] riddled with lobbyists & self-seeking organisations with vested interests [b] empowering within-party factional heads while de-powering the membership [c] accepting donations from businesses and organisations that expect favours [d] providing relatively obscure responsibility structures in which criminally corrupt personnel can take root
(v) Instability & Leadership Collapses: caused by warring party factions robbing us of national political stability, confidence, and leadership accountability …
WE, THE PEOPLE … call for the formation of a 2 year [2016-2018] “Unity of Purpose” Australian Government Cabinet comprising:
* an Independent Prime Minister
* Independent Members
* a Xenophon Party Member
* a Greens Member
* 9 x Liberal Party Members
* 9 x Labor Party Members … ………….
… with the priority objectives of Government to be:
(i) To criminalise all use of overseas tax “havens” for any business conducted within Australia
(ii) To review and remedy all major forms of tax advantages to those who clearly do not need public subsidies to achieve wealthy status
(iii) To establish a national Independent Commission Against Corruption with an independent method of appointing its leadership
(iv) To hold a Royal Commission into Banks and Finance sector, including a review of the social purposes of the banks
(v) To maintain the Social Wage & the Family Wage and the viability of small businesses
(vi) To formulate legislation designed to ensure the governance of political parties becomes genuinely democratic with power over policy and positions resting clearly with the membership of the party
(vii) Rapidly expanding investment in renewable energies.
________________________________________
To achieve this ‘vision’ will require:
NOT edicts, demands, Captains’ picks or even participation from existing factional leaders as these are the very people who represent the vested interests in the currently broken system! This ‘vision’ will require widespread discussion throughout our ‘social media’ to outflank the Neo-Conservative Rupert Murdoch and for the idea to ‘take hold’. Based on a developing consensus, progressive elements from each of the major parties will need to discuss the possibilities of this 2 year “window of opportunity”. To achieve this vision will require acts of conscious rebellion and, probably, sacrifice on the part of progressive members of major parties.
The pay-off will be:
(i) A form of capitalism in which everyone pays their tax
(ii) A form of capitalism in which the processes of Government are clean & free of corruption
(iii) A form of capitalism in which the integrated needs of small business, pensioners and workers are seen to be of equal importance to Big Business and multinational corporations
(iv) A form of capitalism in which the banks and finance institutions must address the needs of the Common Good with equal weight to the task of maximising profit
(v) A form of capitalism which gives weight to the urgent need to replace fossil-fuel generated energy with renewables generated energy.
______________________________________
For 2 brief years, what could it look like? It MUST contain members that each side would rather not work with … and some of these will need to be in positions that are contentious….all of this required to achieve a necessary level of support from across the parties. It is worth commenting that the final result need not contain an equality between Labor and LNP…. What is necessary is simply a majority on the floor of the House of Representatives….but, as close to an equality as possible will provide the necessary political legitimacy for what follows. The names outlined below are, of course, examples … but they ARE thoughtful examples.
Names of the Cabinet … maybe soon … what do you think, friends? Critical friends?
______________________________________
Vision? You want vision? You think you can get “vision” from Parties that are faction-wrangled, riddled with vested interests and lobbyists, sullied with endless evidence of policy-mangling corruption, and defenders of the thundering highway to cutely named tax “havens” and other IMMORAL tax avoidance practices?
No. It will not happen. We have to MAKE it happen!!!
We, The People, must MAKE it happen!!!!!
Who is with me?

Winston Churchill, in a speech to the House of Commons on Remembrance Day in 1947, said “Many forms of Government have been tried and will be tried in this world of sin and woe. No one pretends that democracy is perfect or all-wise. Indeed, it has been said that democracy is the worst form of government except all those other forms that have been tried from time to time.”

We advocate an orderly transition to a truly democratic system from within the system we currently have despite its obvious and inherent flaws. The major parties depend on continuity of this system for their survival, so independents like Dr Davy are critical to break their stranglehold on democracy.