By David Livingstone on 9 December, 2013 in Australian Politics, World View

I’m frustrated with the superficiality of the debate over “saving” Holden. Once again, they’re missing the point entirely. The issue is not, or should not be, about bailing out another Detroit dinosaur. The important issue is the future of automotive manufacture in Australia.

Should we have one at all? I suggest there a number of reasons why we should. Should we be focussing on designs that no one buys any more? Obviously not.

There are two ways we can sustain a sustainable motor manufacturing capability within Australia without trying to compete in market segments dominated by very-high-volume manufacturing in South Korea, Thailand, India and Indonesia.

The first way has been tried and works: manufacture major components for global use. It’s been done with engines, transmissions and steering assemblies and with some degree of success. The second way has been toyed with (Pontiac) but within a flawed framework. Given our higher labour costs and the lack of economies of scale, our future lies with niche products (such as the Bushmaster)  and high-end, high-quality specialist vehicles.

Why isn’t the debate about this? Instead we’re talking about taxpayer handouts to a failing U.S. corporate giant with no realistic prospects of long-term sustainability. We don’t want to see skilled workers unemployed nor under-paid. Instead, utilise these skills to build innovative, market-driven products.

Bulletproof/Armoured Limousines? BMW supplying cars for the G20 fleet. Apparently Holden didn’t respond to the RFP. The Holden Statesman/Caprice/Grange is an ideal platform for a full-security limousine where the base cost of the platform is a minuscule part of the overall cost at sale. 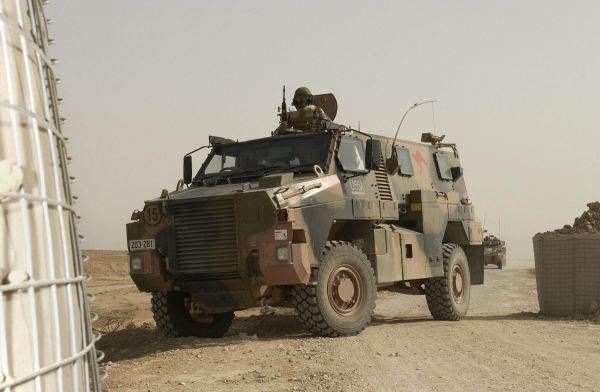 View all posts by David Livingstone →
Can we save the corporate elephant?
Some thoughts on changing the system